The mission of the North American Truffle Growers Association is to promote awareness, growth, and development of the truffle industry in North America. Our path to accomplish this mission will include researching best practices in all aspects of the industry, setting standards for premium truffles, sharing information between growers, as well as educating the public.

The North American Truffle Growers Association (NATGA) was established in North Carolina in 2005. NATGA is a registered non-profit organization.

Truffle cultivation on the East Coast of the US had its roots in Hillsborough, NC with the work of Garland Truffles in the late 1970s. By the mid-to-late 1990s, additional truffi?res were being formed.

By 2005 the number of truffle growers in the state had grown to a point where it seemed like a good idea to establish an organization where growers could share ideas, swap information and generally learn the industry. Several of the pioneer growers, realizing that the exchange of ideas would be beneficial for the whole industry, organized into the North American Truffle Growers Association (NATGA). NATGA?s founding members all have installations established in North Carolina. Garland Truffles (Franklin and Betty Garland) in Hillsborough, NC pioneered the industry in the State by being the first to plant trees infected with Tuber melanosporum in North Carolina. Other founding members are: Keep Your Fork Farm (Jane Morgan Smith), Piedmont Valley Truffles (Jack & Aron Ponticelli along with Franklin Garland), and Acres of Truffles Truffière (Craig Magill and Krista Hansen).?Over the years, membership has expanded to include growers in Tennessee, Virginia, South Carolina, Iowa, Kentucky, Arkansas, Idaho and Oregon.

There are over 200 truffle cultivation installations known as Truffière in North Carolina alone, at least 2 in Tennessee, more than a dozen in Virginia and handfuls of growers in the other states. The first annual meeting of NATGA was held on September 23, 2006 in Hillsborough, NC. The meeting offered the newly minted organization an opportunity to elect officers, share technical information and tour a member farm.

Subsequent meetings were held starting on January 19, 2008 in Pilot Mountain, NC. January 2009, 2010, 2011, 2015 and 2016 at the Hawthorne Conference Center in Winston-Salem, NC. The 2012 meeting was held in East Bend, NC. Dinner was a huge success, cuisine by Chef Ponticelli served at Flint Hill?s Restaurant. The meeting in 2013 was held in January at the Piedmont Club in Winston-Salem. The group also has met for 3 years informally in August.

The North American Truffle Growers Association is a volunteer supported organization. The organization is lead by the Executive Committee comprised of officers who are elected for 2 year terms by the membership attending the annual meeting. Officers include, President, Vice President, Treasurer and Secretary.

At the annual meeting in January 2013 the membership made the decision to employ its first paid employee. NATGA hired an Executive Director.  Jane Morgan Smith of Keep Your Fork Farm was hired for this role.  This is a part-time role that is essential to the organization’s ability to reach its goals. Adding this position to the all-volunteer Executive Committee is a crucial step in NATGA’s move toward increased professionalism and broadening of the membership. 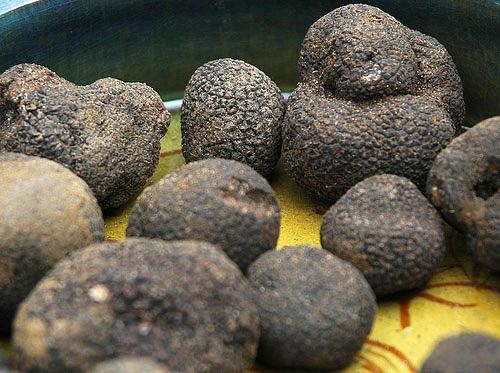